It’s been a long time since I was in the military and I know things have changed when it comes to alcohol use. In Lebanon (where I served) it was quite common to have a beer after duty, (sometimes on duty too)  or get drunk on their day off. I was in the lucky situation that I almost never had time off and there was very little use of alcohol for me. But I know that many laid the groundwork for alcohol abuse in Lebanon.

An abuse that unfortunately continued when they returned home. Today it is different. Alcohol is very scarce (in Afghanistan it was not allowed. (Not quite sure)) and many had such important tasks that it is not compatible with drinking alcohol. Still, there are many veterans who struggle with abuse after the service. This is because they use alcohol as medicine. That’s what this article is about.

The effects of alcohol abuse on PTSD

Post-traumatic stress disorder (PTSD) can be incredibly devastating. It can have a huge effect on your emotions and interfere with your ability to complete normal everyday tasks.

While some may use alcohol to distract themselves from PTSD, it can make stress and memories more difficult to deal with in the long run.

A person with PTSD can also use alcohol to fall asleep at night and reduce nightmares. But alcohol reduces deep quality sleep and makes it impossible for the brain to cleanse itself during sleep. This lack of quality sleep can then affect a person’s emotions and ability to function, making them irritable, erratic and anxious. The long-term problems of too little sleep are simply frightening. (Cognitive reduction, Dementia, Alzheimer’s, etc.)

Alcohol use can lead to addiction

Not very surprisingly, alcohol abuse can also lead to the person having to deal with the addiction at the same time as the person has PTSD. As alcohol is used to achieve emotional relief, they may find that they have to drink more and more to achieve the desired effect. As their tolerance increases, this can lead to addiction.

A primary sign of PTSD is the avoidance of unwanted or painful experiences. As a result, it is very common for people suffering from PTSD and alcohol or other drugs.

When a person consumes a lot of alcohol, the brain produces dopamine, which is an organic chemical. For a brief moment, this flushes out receptors in the brain, relieving short-term latent psychological distress. The signs often return after drinking, and they are always much worse than they were before the attempt at self-medication with drugs. In some cases, alcohol causes more unpleasant events, resulting in a vicious circle.

Alcohol tolerance is growing rapidly and this means that in order to feel the desired effect, the affected person will require larger and more regular doses of alcohol. Addiction can grow rapidly. Due to the brain’s need for emotional relief and the individual’s increasing tolerance for alcohol, this exacerbates PTSD.

What happens if you drink alcohol after a traumatic event

Here I quote verbatim from dual diagnosis because it describes what really happens when you use alcohol and have PTSD.

The human brain undergoes immediate and long-term changes as a result of shocking or extremely traumatic events. The surge of adrenaline we all feel when we are shocked is familiar to most people.

There is an increase in endorphin levels in the brain within minutes of being exposed to a traumatic event. Endorphin levels remain increased through trauma, which helps to suppress the emotional and physical discomfort. However, after the trauma has passed, the endorphin level begins to drop, which can result in an endorphin withdrawal phase that lasts anywhere from hours to days.

This cycle of endorphin deficiency can cause emotional distress and aggravate other symptoms of post-traumatic stress disorder (PTSD). Since alcohol increases endorphin production, drinking after a traumatic event can be used to compensate for endorphin withdrawal and prevent the emotional pain that accompanies it. Understanding the biochemical changes that occur through and after an occurrence of uncontrollable trauma is crucial to understanding how trauma can cause mental illness and affect alcohol consumption.

Increased levels of endogenous opioids (endorphins) tend to alleviate the pain of uncontrollable trauma. Rebound endorphin withdrawal after a traumatic event, however, can lead to symptoms of emotional distress, as well as an increased urge to consume alcohol. The endorphin compensation theory suggests that people drink alcohol after a stressful event to compensate for the lack of endorphins. According to this theory, excessive alcohol consumption leads to a vicious loop where more alcohol is required to avoid withdrawal symptoms from endorphins.

Alcoholism can develop as a result of prolonged exposure to this addictive cycle. Trauma-induced alcoholism and psychopathology may be more common in certain groups, such as women. This model has significant implications for the treatment of traumatic mental illness and alcoholism. Psychological trauma does not often result in prolonged emotional distress or substance abuse.

Linked to both animals and humans

Rather, the victim’s ability to deal with the trauma determines the risk of adverse outcomes. Traumatic events (PTSD) and increased alcohol consumption have been linked to both animals and humans; However, heavy drinking usually rises after the trauma instead of during it. If one considers alcohol use at the time of the trauma, much of the conflicting literature on stress and alcohol use becomes simpler.

Researchers coined the term “happy hour effect” to describe how alcohol consumption increases after, but not during, stressful situations, even among casual drinks. Based on a stress reduction theory on alcohol use, these findings were the opposite of what we predicted.

If alcohol is used primarily to relieve anxiety, it should be consumed more often during stressful periods instead of afterwards. So alcohol consumption must be controlled to avoid PTSD.

In humans, there is also a clear link between PTSD and alcohol, according to research. For example, by a group of Vietnam War veterans with PTSD and alcoholism, more than half later developed symptoms of alcoholism (Bremner et al. 1996).

In addition, investigators found that 40% of inpatients undergoing drug treatment have met PTSD requirements (Dansky et al. 1997) Since the two disorders appear to be intertwined, treatment of PTSD and alcoholism patients with alcoholism requires treatment of both the disorders at the same time. Patients learn to deal with past trauma and how to deal with events that may cause flashbacks in therapy. Patients learn how to deal with or prevent certain problems in this way. Since both alcohol and trauma improve endorphin production, opioid receptor blockers can be an effective part of PTSD care.

We believe that the release of endorphins and subsequent emotional anesthesia caused by trauma-related memories evoked during treatment may interfere with the patient’s ability to participate in treatment. We also believe that when endorphin levels fall after a therapy session, endorphin withdrawal may lead to increased alcohol cravings. While alcohol can temporarily relieve PTSD and alcohol symptoms, alcohol withdrawal can worsen them. To prevent an increase in PTSD and alcohol symptoms after an excessive amount of alcohol, the patient is trapped in a vicious loop where he or she must continue to drink to avoid the side effects that follow an alcohol refill. The endorphin response is blocked by opioid antagonists such as naltrexone, which reduces the appetite for alcohol.

People who have experienced traumatic stress may have continuous increases in the stress levels of the hormones norepinephrine and cortisol. Both of these symptoms have the potential to cause long-term changes, which is exactly what we observe in people with untreated PTSD and alcoholism.

The best part is that PTSD and alcoholism can be managed and these brain changes reversed. Every year, newer, faster therapies for PTSD are introduced, and (un)conventional therapies have shown that people can recover from PTSD by using existing treatments.

Alcohol and PTSD among veterans

Veterans often experience threatening situations, they live in stressful environments, often with danger to their own or others’ lives, in short, they are exposed to trauma all the time in a war situation.

As mentioned above, the veteran often uses alcohol which dampens flashbacks, hurt feelings and memories. Often is alcohol used as way to medicate oneself. Alcohol becomes a master mechanism and survival medicine. Sixty-eight percent of Vietnam veterans seeking help for PTSD suffered from alcoholism. 1 in 3 veterans receiving treatment for substance abuse suffer from PTSD. From 2003 to 2009, there was an increase of 56 percent of veterans who received treatment for alcoholism. There is no reason to believe that the figures are different in comparable countries.

PTSD affects 3.6 percent of adult Americans, approximately 5.2 million people. This number is predicted to increase to 7.8 million people in the near future. PTSD can last for as little as a few months or continue for the rest of a patient’s life and can be acute, ongoing or delayed.

Studies show that the relationship between PTSD and alcohol problems can start with both problems. For example, people with PTSD have several problems with alcohol both before and after they develop PTSD. Having PTSD increases the risk that you will develop a drinking problem. Drinking problems also put people at risk for traumatic events that can lead to PTSD.

Alcohol is not as strongly associated with a substance-induced depersonalization-realization disorder as marijuana and hallucinogens are, but it can still cause the disorder. In large volumes, alcohol can trigger dissociative symptoms and even periods of dissociative amnesia.

Post-traumatic stress disorder, PTSD, sometimes known as shell shock or combat stress, is an anxiety disorder that can occur in people who have been exposed to particularly frightening and horrific experiences such as aggravated violence, abuse, war and concentration camps, disasters, torture, rape, serious accidents or serious crimes (such as armed robbery).

Mobilization, or fight-or-flight, occurs when you need to defend yourself or survive the danger of a combat situation. 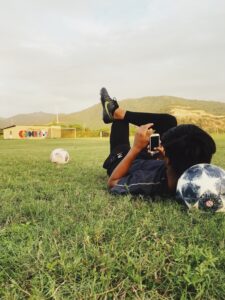 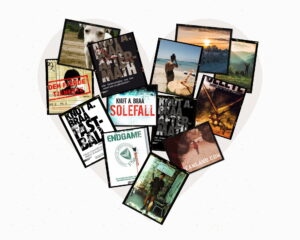 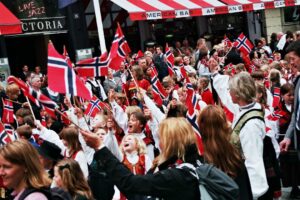